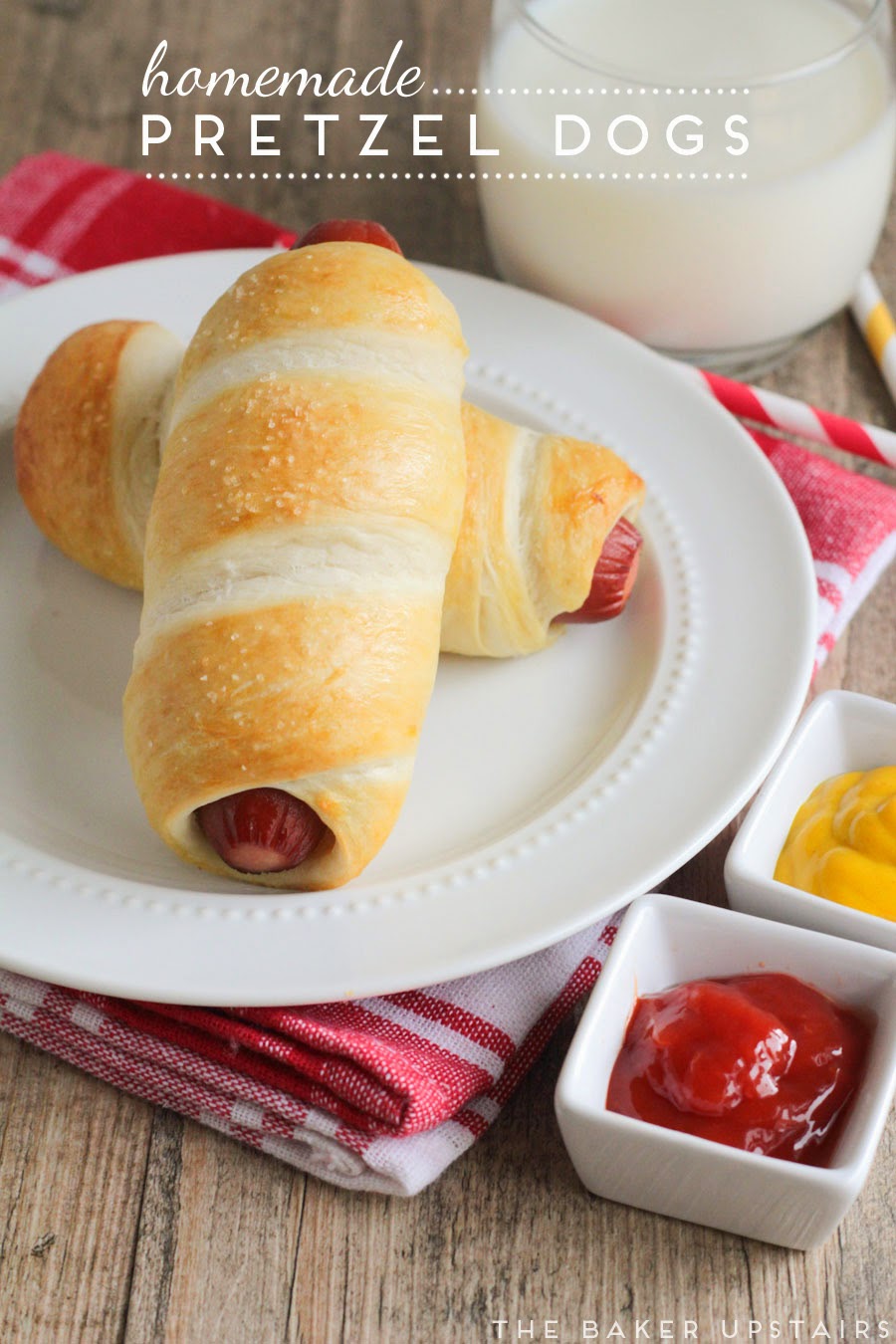 Confession: I am not a fan of hot dogs. I used to go camping with my Grandma June a lot when I was growing up. There was one memorable camping trip when I was twelve in which I ate waaaaay too many hot dogs and spent most of the night being sick. After that, I was just done with them. And then (fifteen or so years later) I got pregnant with my daughter Lizzy, and hot dogs were all I could think about! I made Geoff take me to Costco for a giant hot dog at least once a week. Somehow they tasted delicious to me while I was pregnant, but since then their magic has faded. All of this is to say that it’s no surprise that this is my first-ever hot dog recipe on this blog. I’ve seen these pretzel dogs on Pinterest multiple times, and decided to finally give them a try. The result? Delicious! 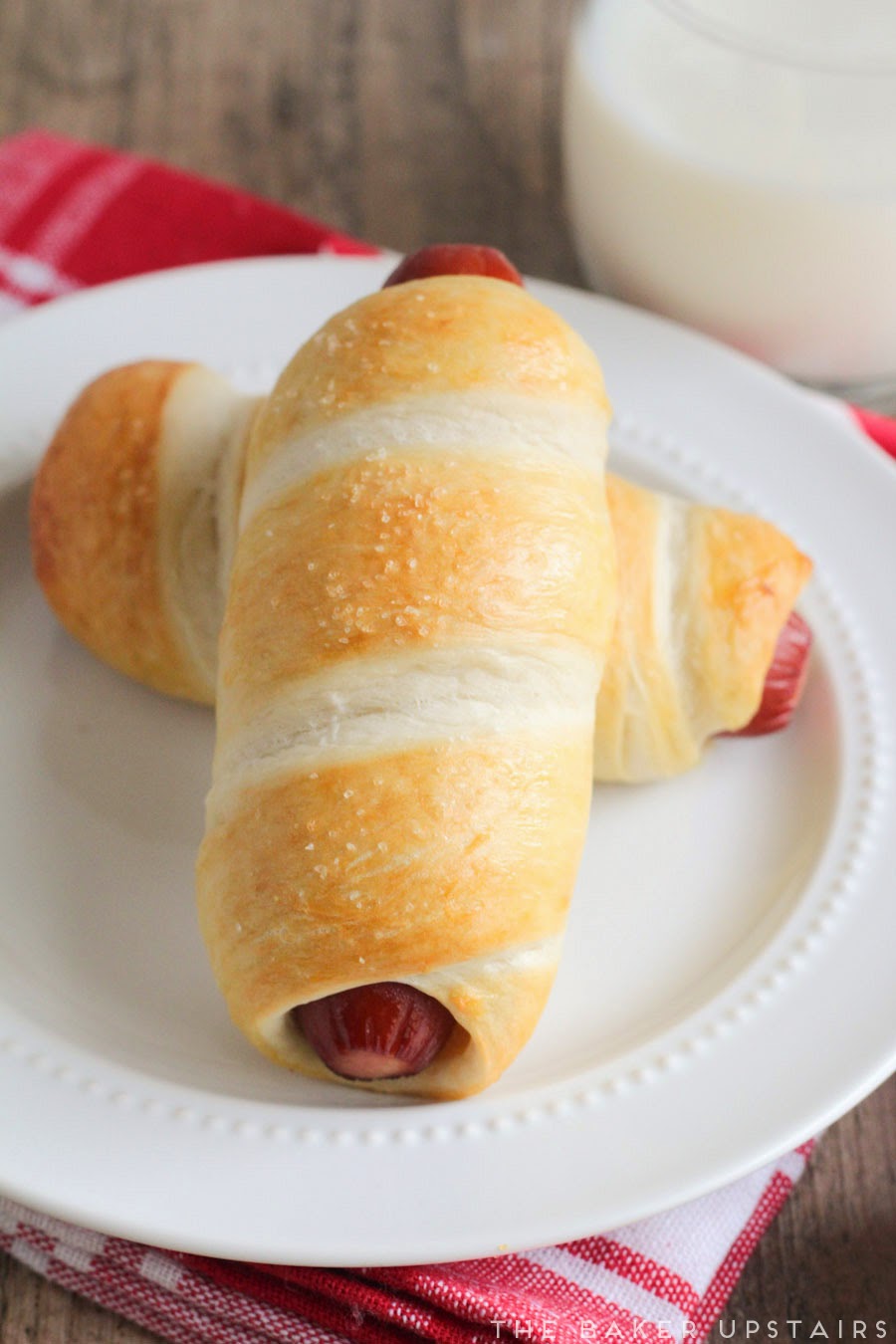 They’re crisp and salty on the outside, and soft and warm on the inside. Geoff liked dipping his in ketchup and I liked mine with mustard. My girls peeled off the pretzel part and ate the dogs separately (because they’re weirdos) but they really enjoyed them too! I’m still not the biggest fan of hot dogs by themselves, but I’ll eat them in a pretzel dog any day!

In a large bowl or the bowl of a stand mixer, mix together the warm water, sugar, and salt. Sprinkle the yeast over the top and let stand five minutes, until foamy. Add the flour and butter and mix until combined. Knead 5-10 minutes, until smooth and pliable. Form the dough into a ball and place in a lightly greased bowl. Cover and let rise 1 hour, or until doubled.

Preheat the oven to 450. Line a large baking sheet with parchment paper and spray with cooking spray. Heat the water and baking soda to boiling. While the water is boiling, gently punch down the dough and divide it into 8 equal-sized pieces. Roll each piece into a long rope about twelve inches long, then wrap around each of the hot dogs, pressing the ends tightly into the dough. Place the wrapped dogs one at a time into the boiling water for 30-60 seconds, then remove to the prepared baking sheet. Brush the top of each dog with the egg wash, then sprinkle with salt. Bake 12-15 minutes, or until golden brown. Remove and let cool slightly before serving.

recipe via Buns In My Oven 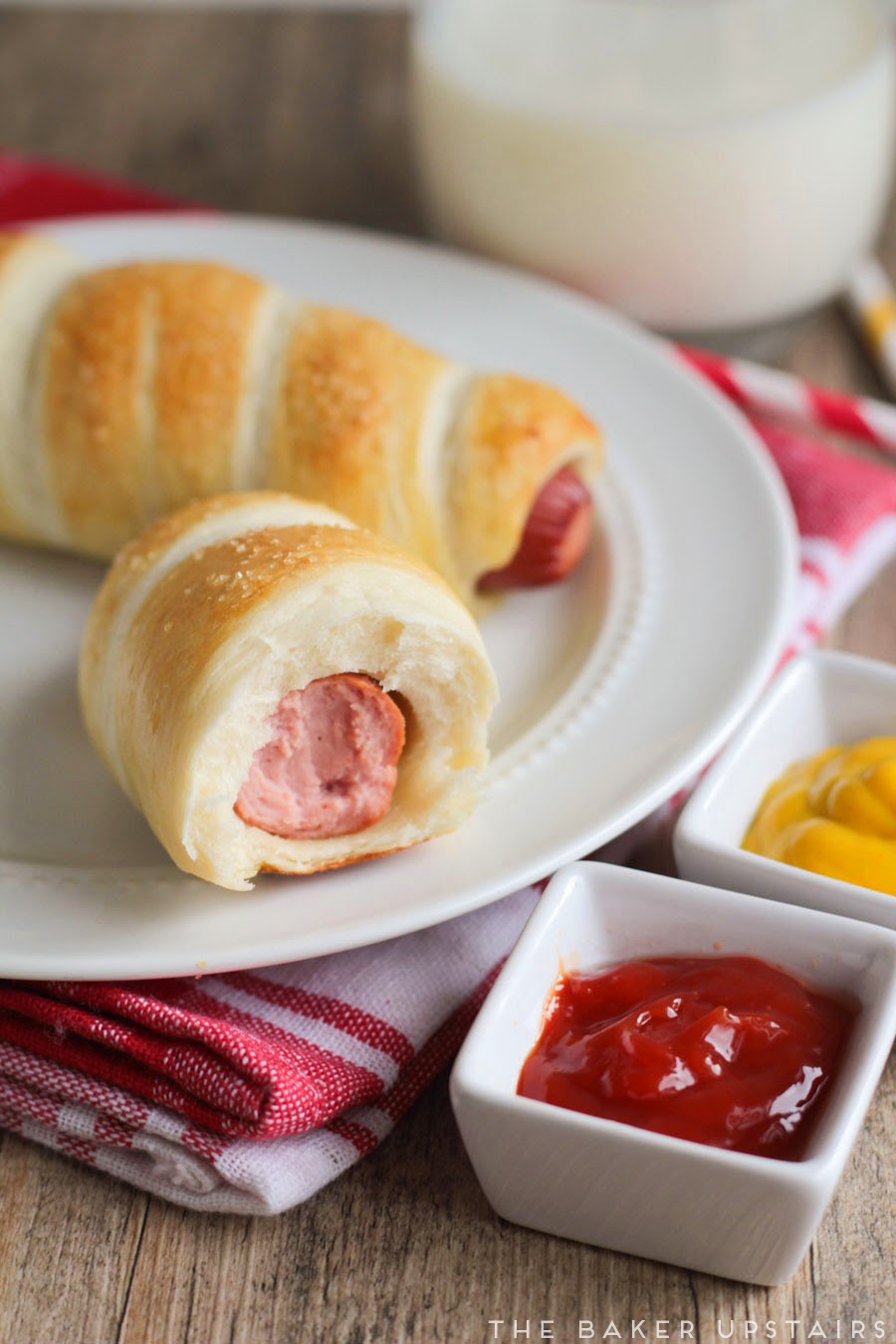 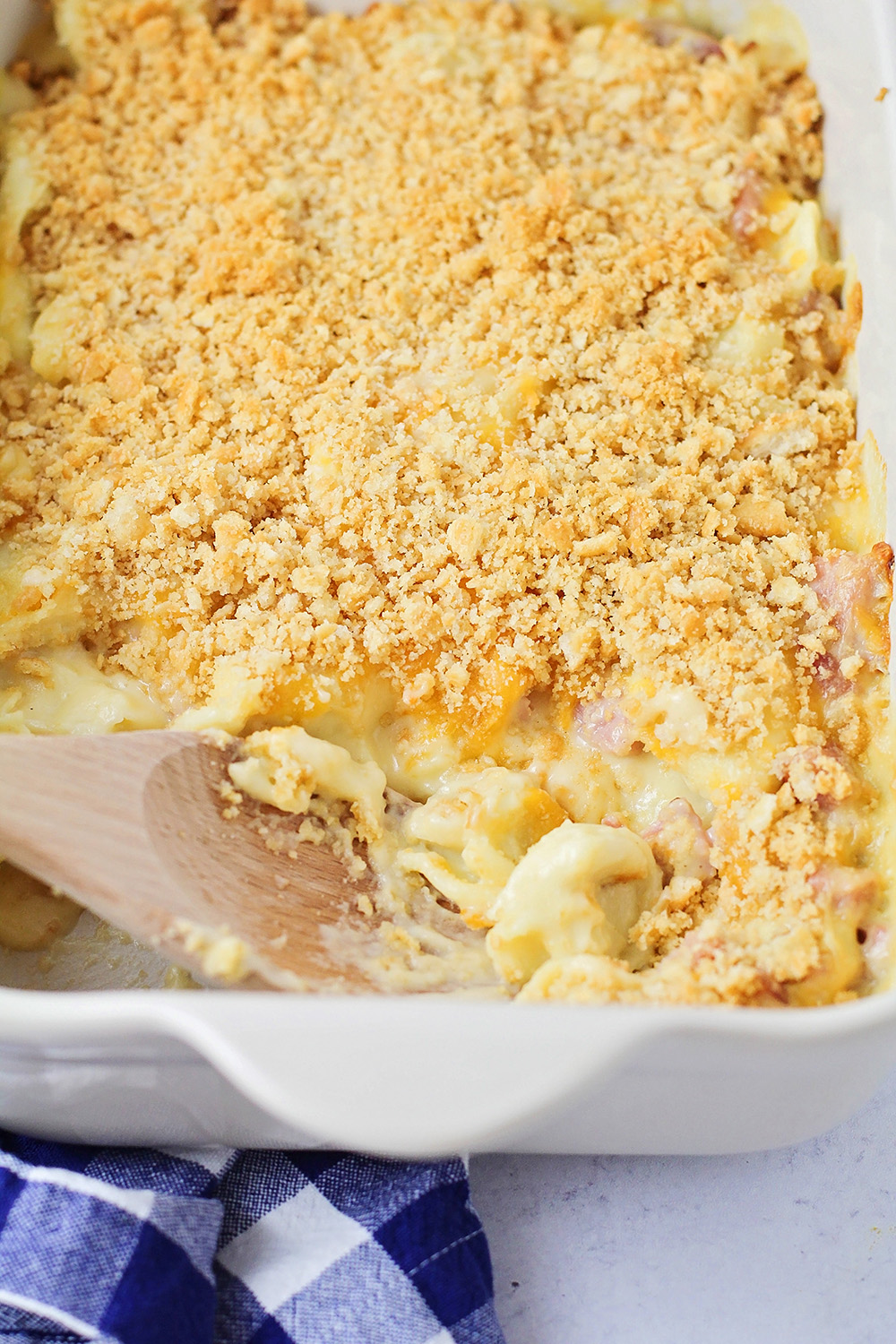