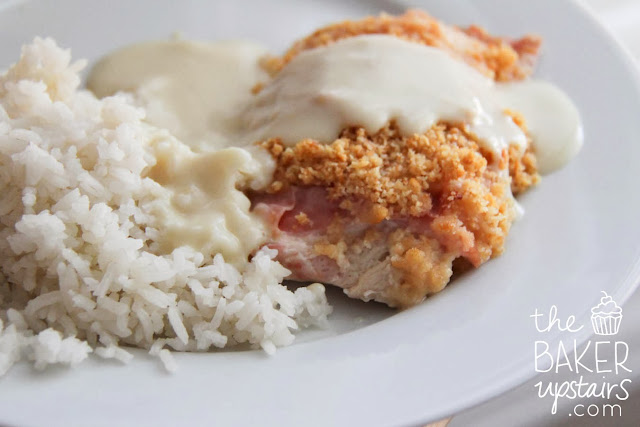 You know, I think that in nine years of marriage, I have never purchased ham. We don’t eat much red meat, and I had a very bad food poisoning experience with ham when I was a teenager, so it has never really graced our table. Lately, though, I have been intensely craving chicken cordon bleu, and I sucked it up and purchased some ham at the store. Since I only used six slices for the recipe, I have no idea what I’m going to do with the rest of the ham, but at least the chicken was delicious! It was moist and flavorful, and the swiss cheese + ham + crunchy topping along with the dijon mustard sauce just made it all the more awesome. My girls shared a piece of chicken, and they both ate every last bite. It’s pretty amazing when I make something that everyone likes! I served it with some leftover coconut rice from the night before, and was pleasantly surprised at how well the flavors went together. The only changes I made to the chicken recipe were to use crushed Ritz crackers instead of bread crumbs, and I halved the amount of butter that I mixed with the crackers. So, so good!

Lightly grease a 9X13-inch baking dish with cooking spray and preheat the oven to 350 degrees. In a bowl, combine the bread crumbs and melted butter. Set aside.

Bake the chicken for 30-35 minutes, until the chicken is cooked through completely, the cheese is bubbling and the bread crumbs are golden.

While the chicken bakes, in a medium saucepan, melt the 2 tablespoons butter. Stir in the flour, whisking constantly, while cooking the flour/butter mixture for 1-2 minutes. Slowly pour in the milk while whisking quickly. Stir in the chicken bouillon granules and salt. Whisk constantly over medium heat until the mixture begins to simmer and thicken, about 3-5 minutes. Once the sauce has bubbled and thickened, remove from heat and stir in the mustard, Worcestershire sauce and Parmesan cheese. Stir until the cheese is melted. Keep the sauce warm until the chicken is finished baking.

Combine rice, coconut milk, water, salt, vinegar, and sugar in a saucepan and bring to a boil Turn heat to low and cover for 20 minutes or until most of the liquid is absorbed. Allow to stand 5 minutes. Add green onions, black pepper (if desired), and additional salt if necessary. 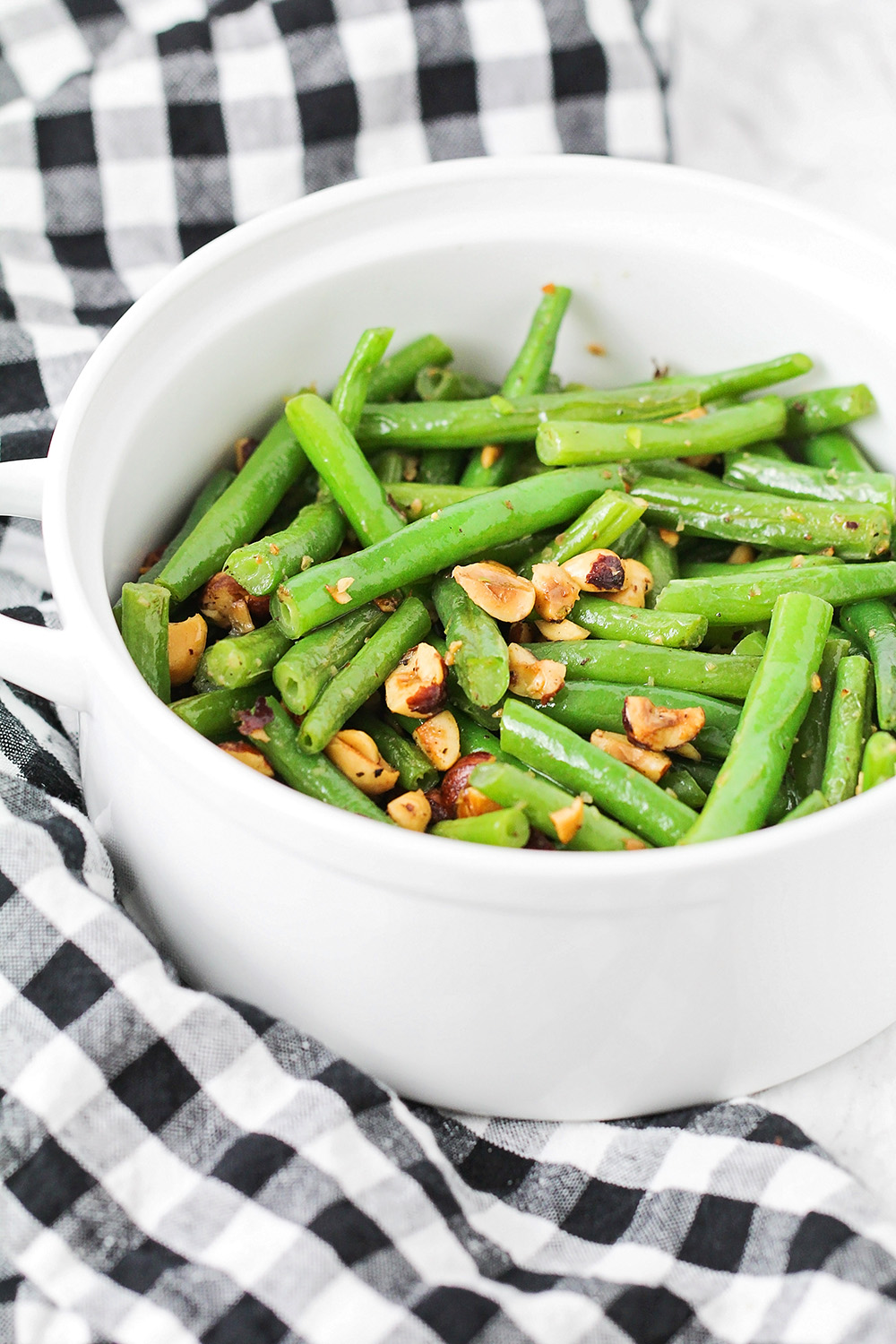