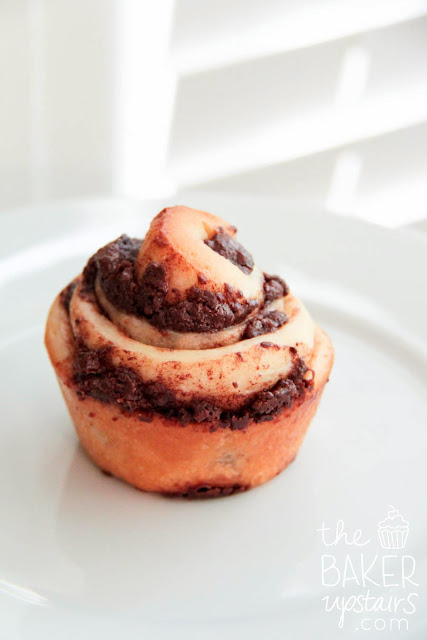 I think it’s only fitting to post these today, on Father’s Day, because 1) chocolate croissants are Geoff’s favorite food, and these taste almost just like them; and 2) when I made these on Friday night, Geoff totally went to town on them. So they’re definitely father-approved!

They were pretty easy to make, although my dough took forever to rise (maybe because of the air conditioner). I thought it would take maybe 2-3 hours, start to finish, and instead it took closer to 5 or 6, even with me letting the dough rise in a warmed oven. The end result, though, was totally worth it! 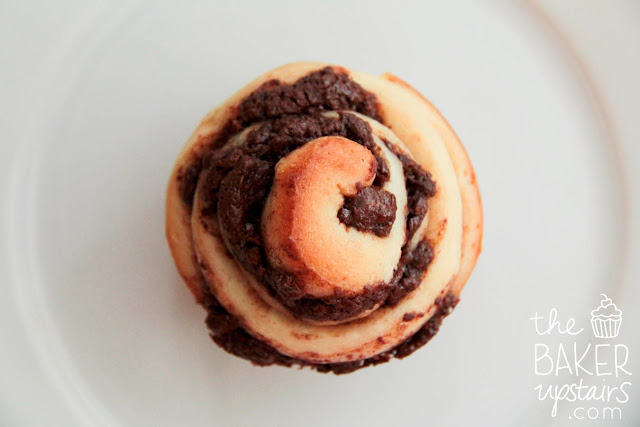 I think the dough would also be perfect for cinnamon rolls and orange rolls. It was easy to mix and easy to handle. The chocolate filling was dense and rich, and almost too much for me, although everyone else loved it. I used chocolate chips because I didn’t have any bars of chocolate, and they worked just fine. These buns are perfect for a gooey, decadent dessert!

Warm milk and a pinch of sugar to between 110 to 116°F. If you don’t have a thermometer, you’re looking for it to be warm but not hot to the touch; best to err on the cool side. Sprinkle yeast over milk and let stand until foamy, about 5 minutes. In a small bowl, whisk together egg and remaining 1/4 cup sugar, then slowly whisk in yeast mixture. In a stand mixer fitted with the paddle attachment, combine flour and salt. Run mixer on low and add egg mixture, mixing until combined. Add butter and mix until incorporated. Switch mixer to dough hook and let it knead the dough for 10 minutes on low speed. At 10 minutes, it should be sticky and stringy and probably worrisome, but will firm up a bit after it rises. Butter a large bowl and place dough in it. Cover loosely with a lint-free towel or plastic wrap and let rise for 1 hour, or until doubled.

Meanwhile, prepare filling: If your chocolate is in large bars, roughly chop it. Then, you can let a food processor do the rest of the work, pulsing the chopped chocolate with the salt, sugar, and cinnamon (if using) until the chocolate is very finely chopped with some parts almost powdery. Add butter and pulse machine until it’s distributed throughout the chocolate. Set mixture aside. Generously butter a standard 12-muffin tin; set aside.

Once dough is doubled, turn it out onto a well-floured surface and gently deflate it with floured hands. Let it rest for another 5 minutes. Once rested, roll dough into a large, large rectangle. The short sides should be a scant 11 to 12 inches. The other side can be as loooong as you can roll it. The longer you can make it — I got mine to 20 inches before I ran out of counter space — the more dramatic and swirled your buns will be. Sprinkle the filling evenly over the dough’s surface. It’ll be clumpy and uneven and probably look like there’s too much chocolate for the volume of dough; just do your best. Tightly roll the dough back over the filling from one short end to the other, forming a 12 to 13-inch log. With a sharp serrated knife, gently saw 1-inch segments off the log and place each in a prepared muffin cup. Loosely cover buns with plastic wrap or a lint-free towel and let them rise for another 30 minutes. Meanwhile, preheat your oven to 350°F. Bake buns for 15 to 20 minutes, until puffed and brown. 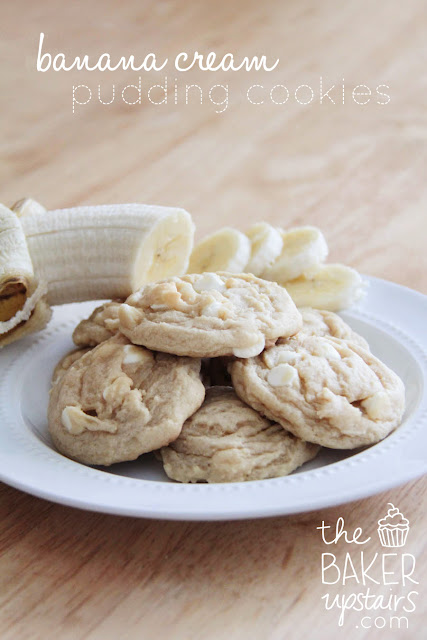 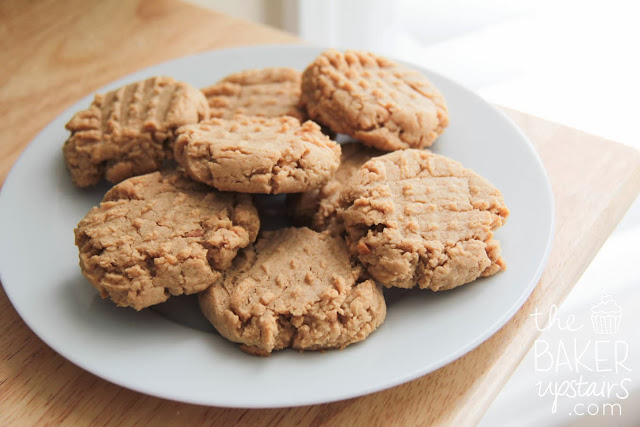 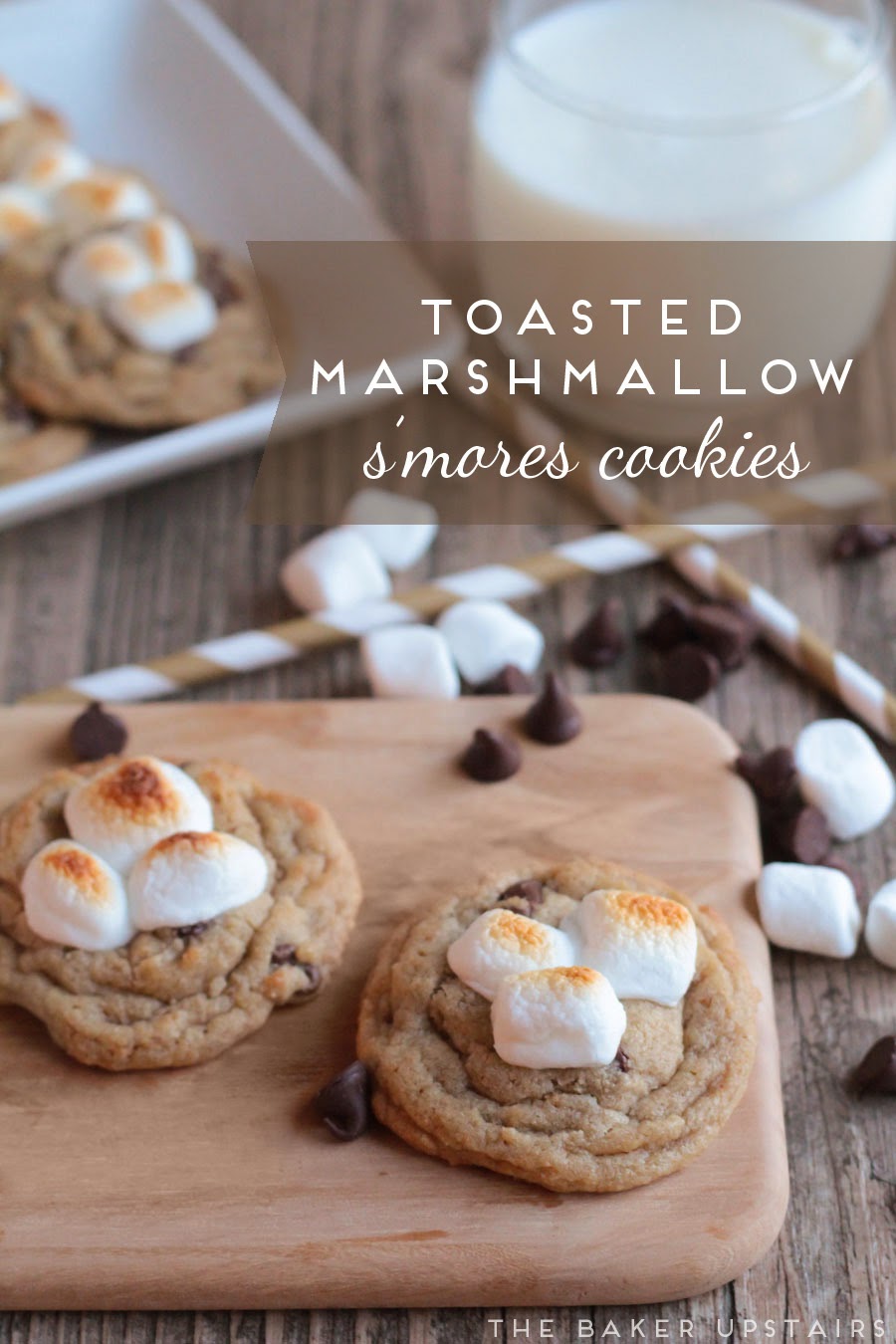 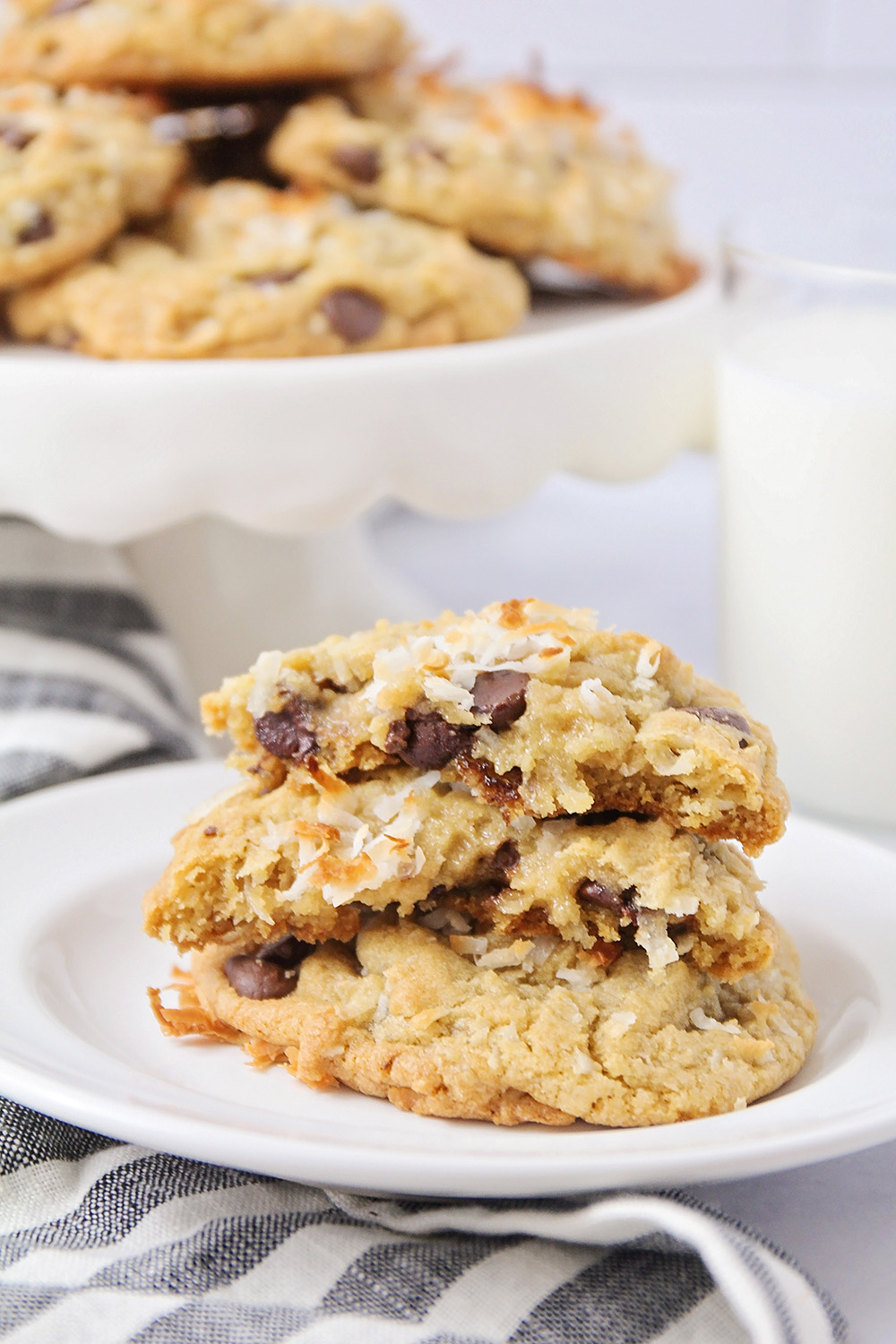 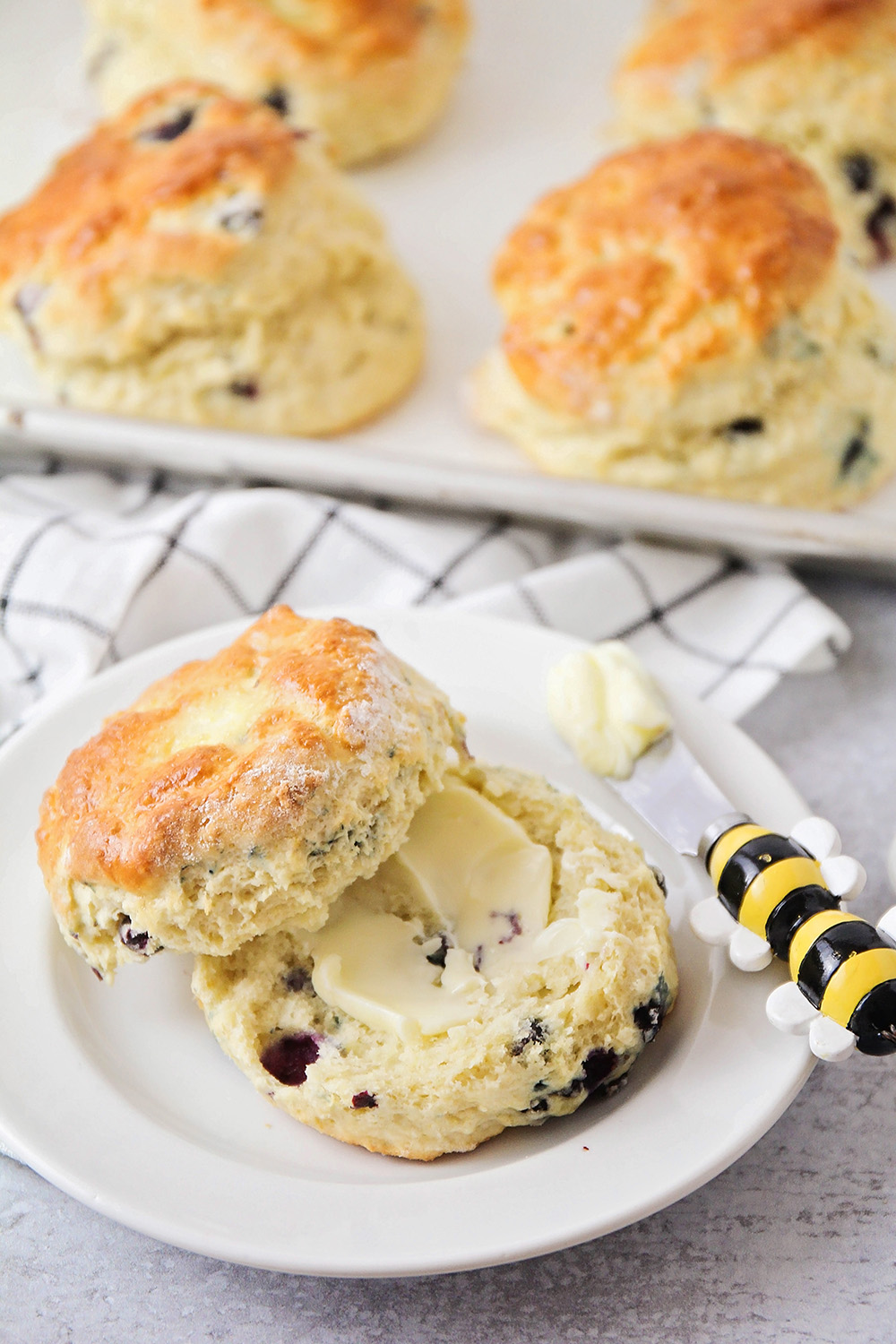 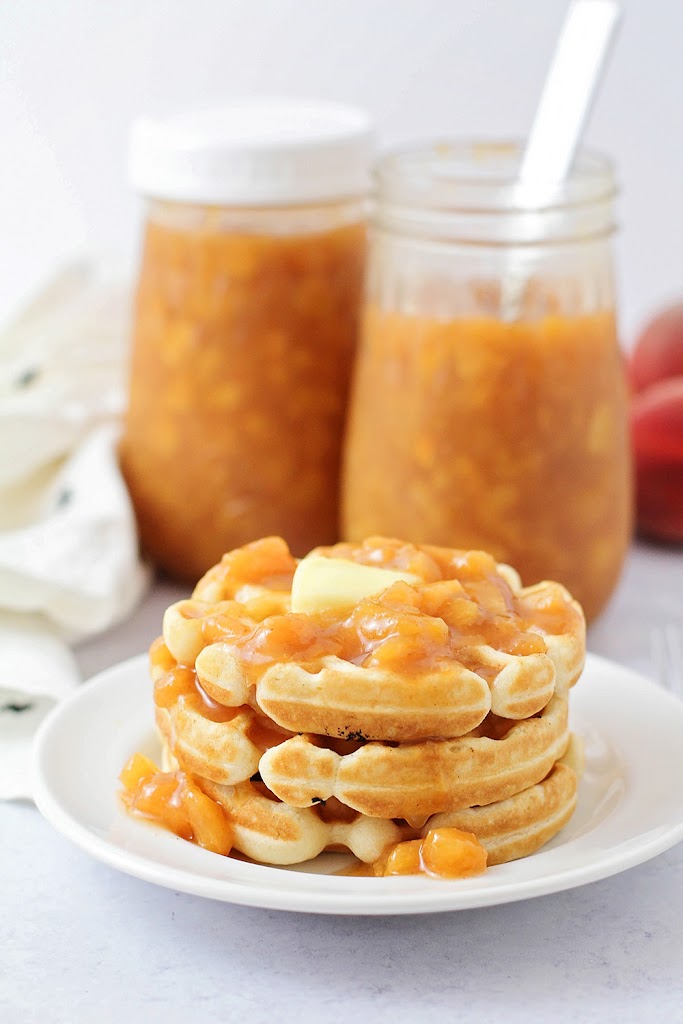