There’s an eight day stretch in July in which 5 of our family members have birthdays. Geoff’s dad and oldest brother were born on the 17th, his third oldest brother on the 21st, and my brother and sister (twins) on the 25th. Geoff’s family usually has a big triple birthday party, and my family usually celebrates the twins on Pioneer Day. On a few occasions, those parties have fallen on the same day, which is of course disastrous. Luckily, this year the Skousen party was on the 22nd, and we celebrated with my family yesterday.

I have a hard time thinking of non-food gifts for people, so food is generally the way to go. I still haven’t figured out what to get my siblings, because my sister doesn’t eat milk or soy, and baking for her is difficult, but I came up with some pretty awesome gifts for Geoff’s family this year! 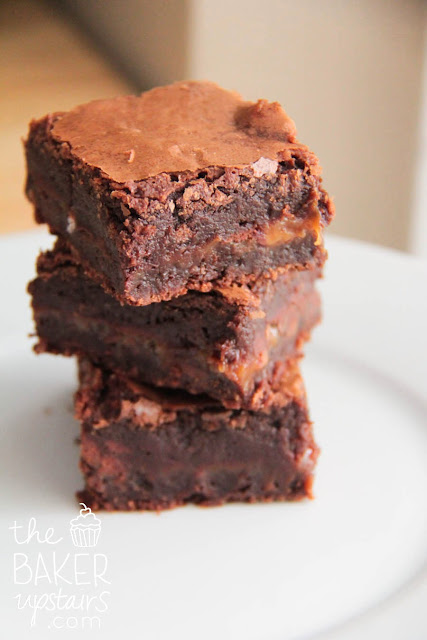 These caramel brownies were pretty amazing. Usually I’m a fan of quick cocoa powder brownies, but this time I went all out with the ghirardelli chocolate chips, and 5 (!) eggs in the batter. The brownies themselves were pretty amazing, but the addition of the caramel layer made them super amazing. They were really rich, and one brownie was definitely sufficient for me, but they were maybe the best brownies I’ve ever had. The only change I made was that I only used 11 oz of caramel bits, because that was the size of the bag I bought.

Preheat oven to 350. Line a 13 x 9 inch pan with foil and spray with cooking spray. In a medium saucepan, melt butter over low heat. Stir in chocolate chips, and melt, stirring frequently. When there are no more lumps, remove from heat and stir in sugar and vanilla. Add the eggs one at a time, and mix until the mixture is smooth and glossy. Fold in cocoa powder, salt, and flour, and mix until barely combined. Pour half the brownie mixture into the prepared pan and bake 20 minutes.

Next up: nutella fudge! It was really supposed to be nutella and sea salt fudge, but I didn’t have any sea salt. And I also wasn’t sure that Geoff’s family would appreciate salt on top of their fudge. They’re very traditional in what they eat… when I told them the fudge had nutella in it, it made them a little wary. They’re a big meat and potatoes (and lots of bacon) family, and consider things like enchiladas and thai noodles to be very exotic. The fudge had just a hint of nutella taste (I kind of wished it was stronger) but was delicious nonetheless. And it was a big hit with the Skousens, so I think it was perfect for the occasion. 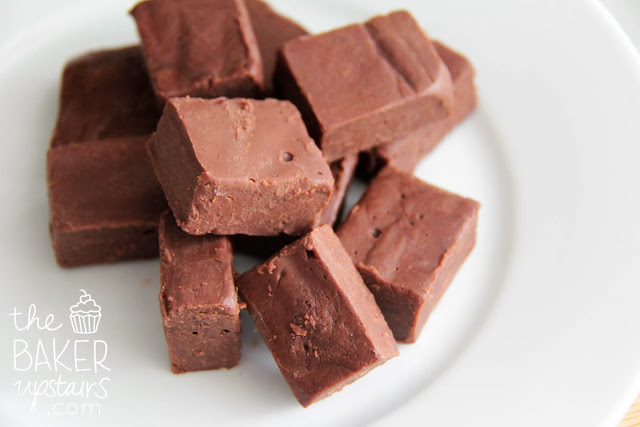 Nutella Fudge
Two Peas and Their Pod via Tasty Kitchen

Grease the bottom and sides of an 8- by 8-inch baking pan with butter. Line the pan with parchment paper, leaving a 2-inch overlap on the sides. In a medium glass or stainless steel bowl, stir together sweetened condensed milk, vanilla, bittersweet chocolate chips, Nutella, and butter. Form a double-boiler by setting the bowl over a medium pot of gently simmering water. The water level should be low enough that the bottom of the bowl does not touch the water. Stir until the chocolate chips are melted and the mixture is smooth, 5 to 7 minutes. Scrape the mixture into the prepared pan, spread the top smooth with a spatula, and sprinkle with sea salt. Refrigerate until the fudge is firm, at least 2 hours. Once the fudge is chilled, run a knife under hot water, dry it off, and run it around the edges of the pan to loosen the fudge. Using the overhanging parchment paper, lift the fudge out. Peel off the parchment paper. Cut the fudge into 3/4-inch squares. Store in the refrigerator in an airtight container or wrapped well in plastic wrap and foil.

I love packaging things in cute ways, and have been way too lazy about doing it lately, so this time I made a special effort. I made up some cute labels for them (thank you, high school calligraphy class), scanned and printed three copies of each, cut them out freehand into cute tags, and attached them with baker’s twine. I was super impressed with myself. I’m so lazy so much of the time that it’s nice when I actually put a little effort into things! I hope everyone loved their treats! 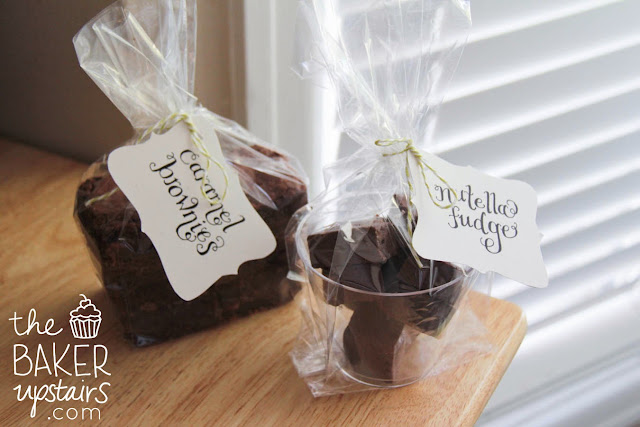 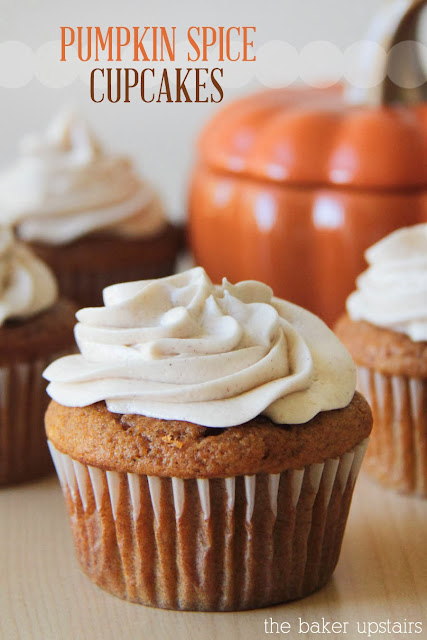 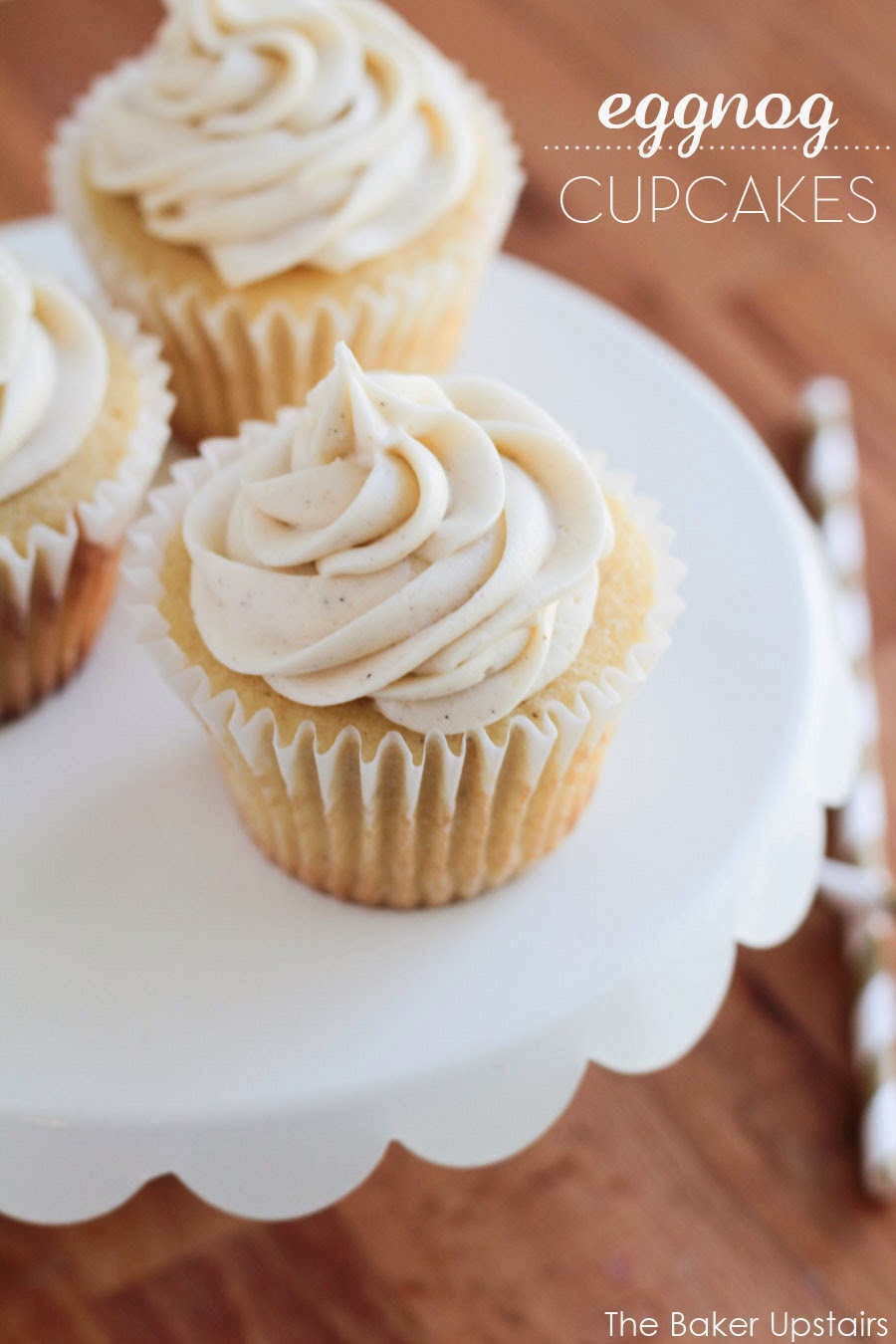 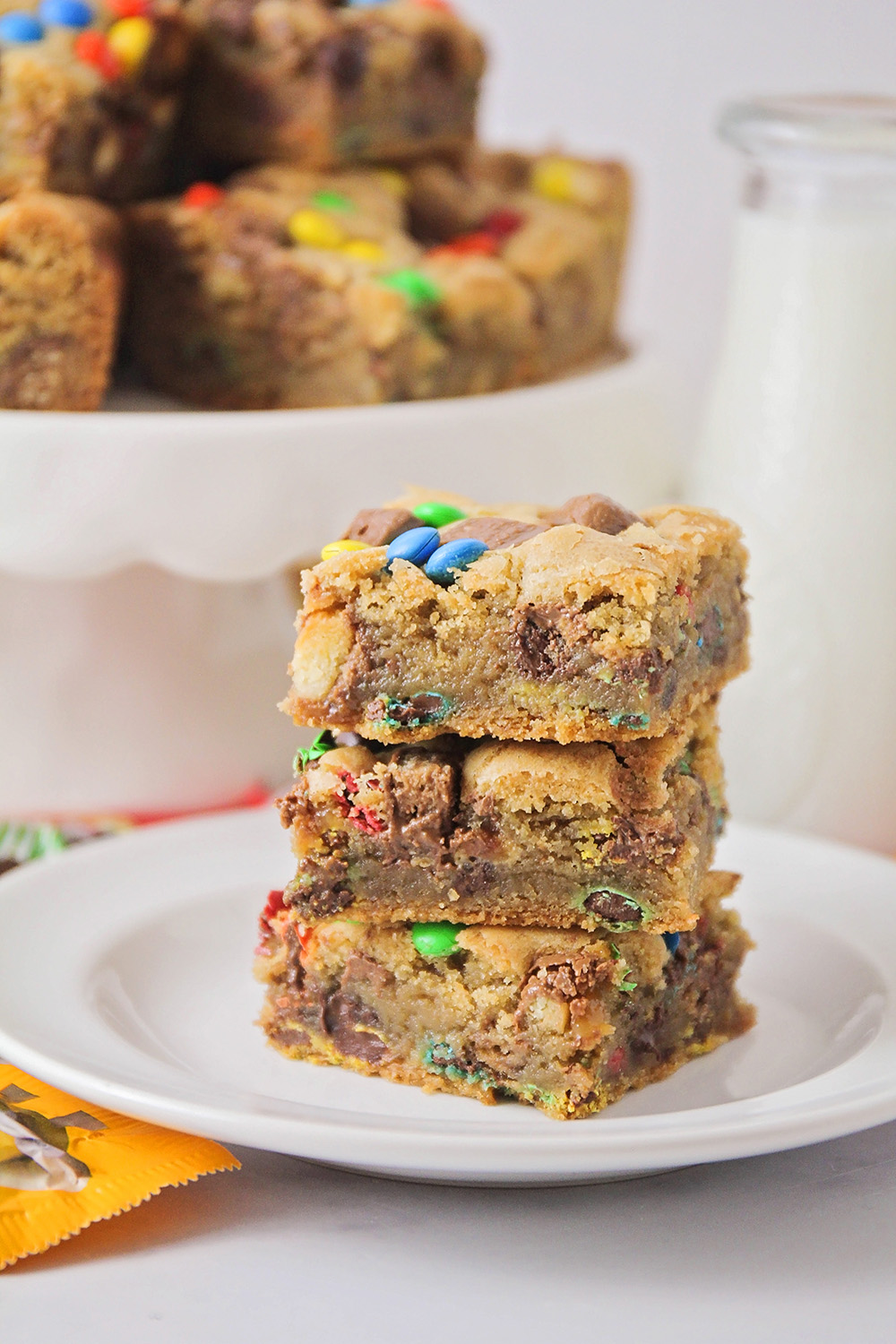