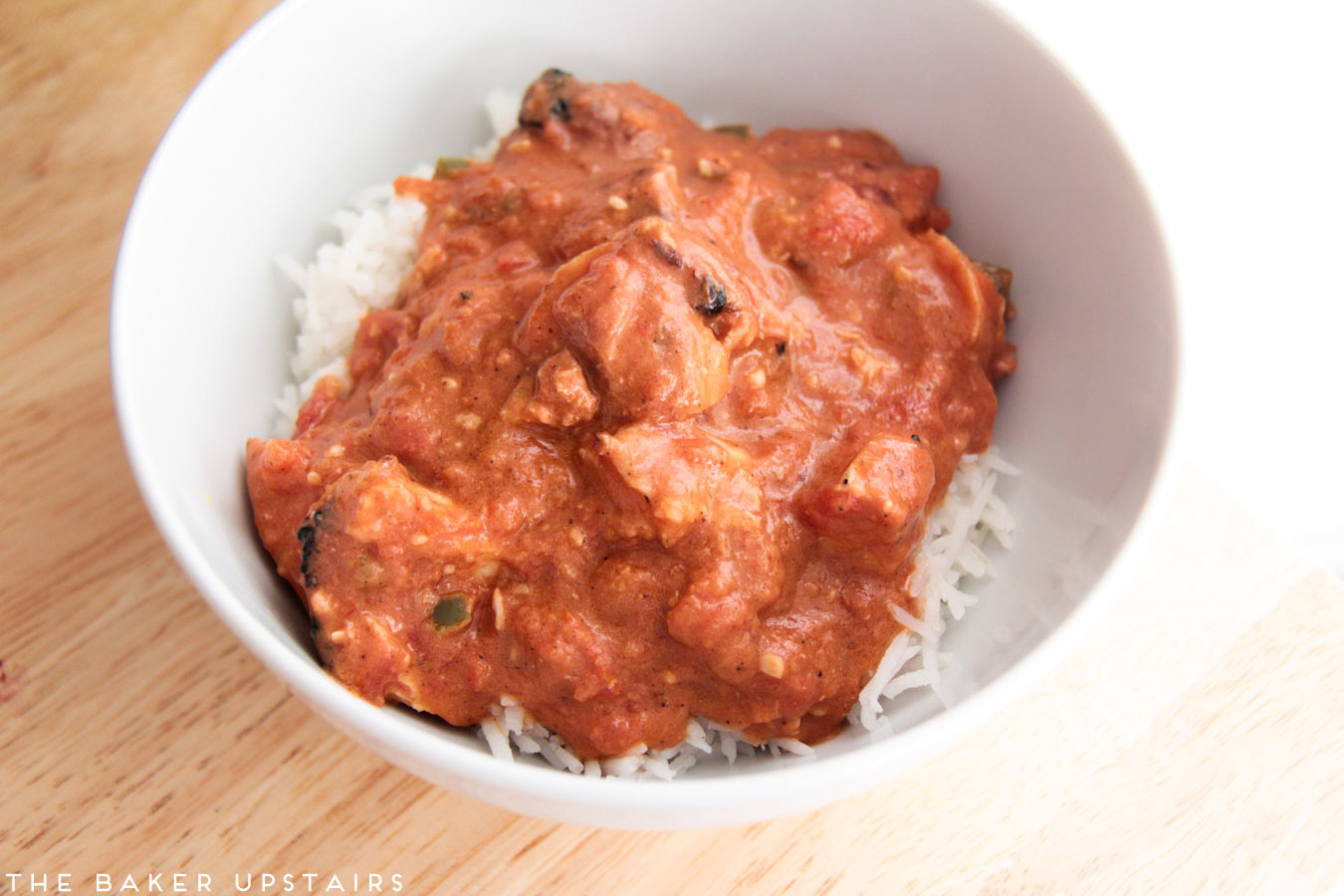 I’ve posted about Indian butter chicken in the slow cooker before here, but this recipe was nice because it was much quicker to prepare. It was also really tasty! In the early afternoon, I marinated the chicken, and then everything was quick to throw together at dinnertime. I changed the preparation of the chicken a little bit from the original recipe: I mixed the spices with the yogurt and marinated the chicken in the mixture, and we grilled it outside instead of broiling it. I also used half and half in the sauce recipe instead of cream, and left out the cilantro. (Because, you know, cilantro = no bueno.) It was really good… my only wish would have been a few other things in the sauce mixture to jazz it up… maybe some raisins and cashews would do the trick. I’ll definitely try that next time!

Chicken Tikka Masala
Can You Stay for Dinner

Marinate the chicken:
Whisk together cumin, coriander, cayenne, and salt. Rub this mixture into the chicken, covering both sides well. Lay the chicken in a shallow bowl and cover; refrigerate so that spice mixture is absorbed into the chicken for 1 hour. Whisk the garlic, ginger and yogurt in a deep bowl, cover, and refrigerate until ready to cook.

Make the masala sauce:
Heat butter in a large, tall-rimmed Dutch oven set over medium heat. Add onion and saute for 10 minutes, stirring frequently. Add garlic, ginger, jalapeno, cumin, coriander, and garam masala. Stir and allow the mixture to cook, stirring constantly, for 3 minutes. Add crushed tomatoes, sugar, and salt; bring to boil. Turn heat down to low, cover, and simmer for 15 minutes, stirring occasionally. Stir in cream and return to simmer. Take the Dutch oven off of the burner, cover to keep warm, and set aside while you make the chicken.

Make the chicken:
Preheat your broiler. Place your top oven rack about 5 inches from the heating coils. Line a baking sheet with foil, grease well with canola oil. Dip chicken into yogurt mixture, leaving a thick layer of yogurt clinging to it, and lay the chicken onto the sheet. Broil chicken until it is lightly charred in spots, about 15 minutes, flipping halfway. Remove the chicken from the oven and let it sit on the baking sheet for five minutes to cool slightly and retain its juices. Cut into small (inch-long) pieces and stir into warm sauce. Stir in cilantro and serve. 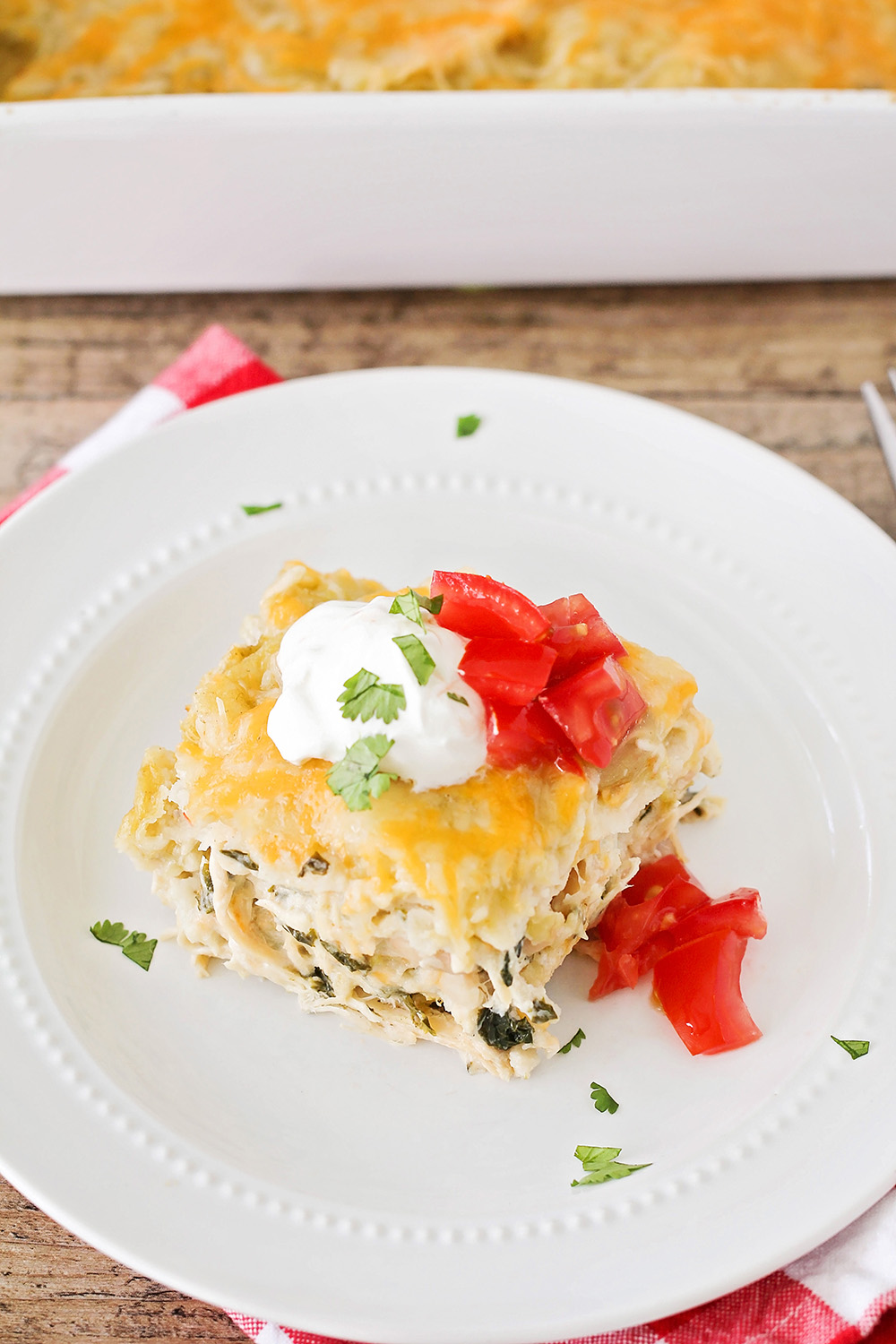 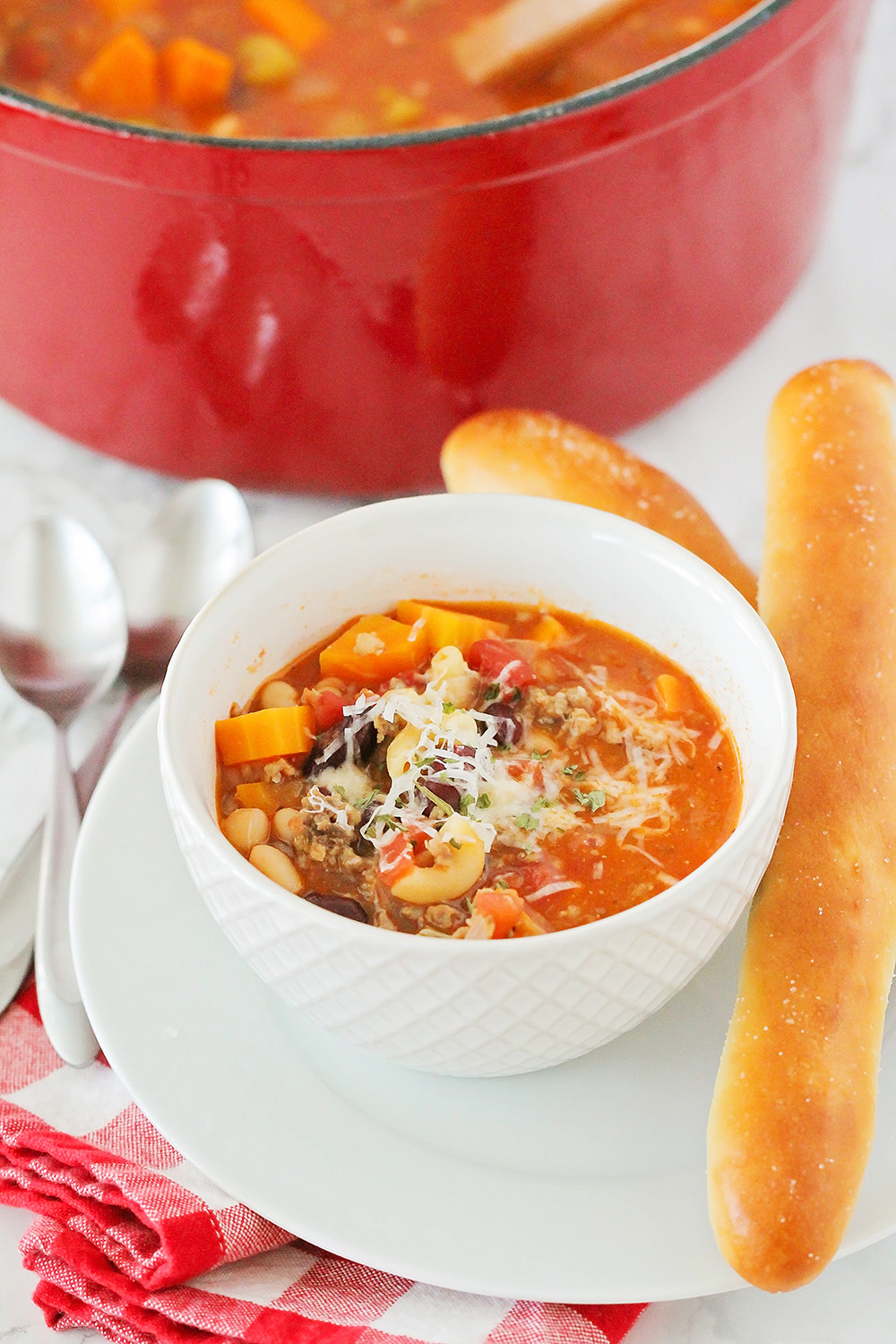 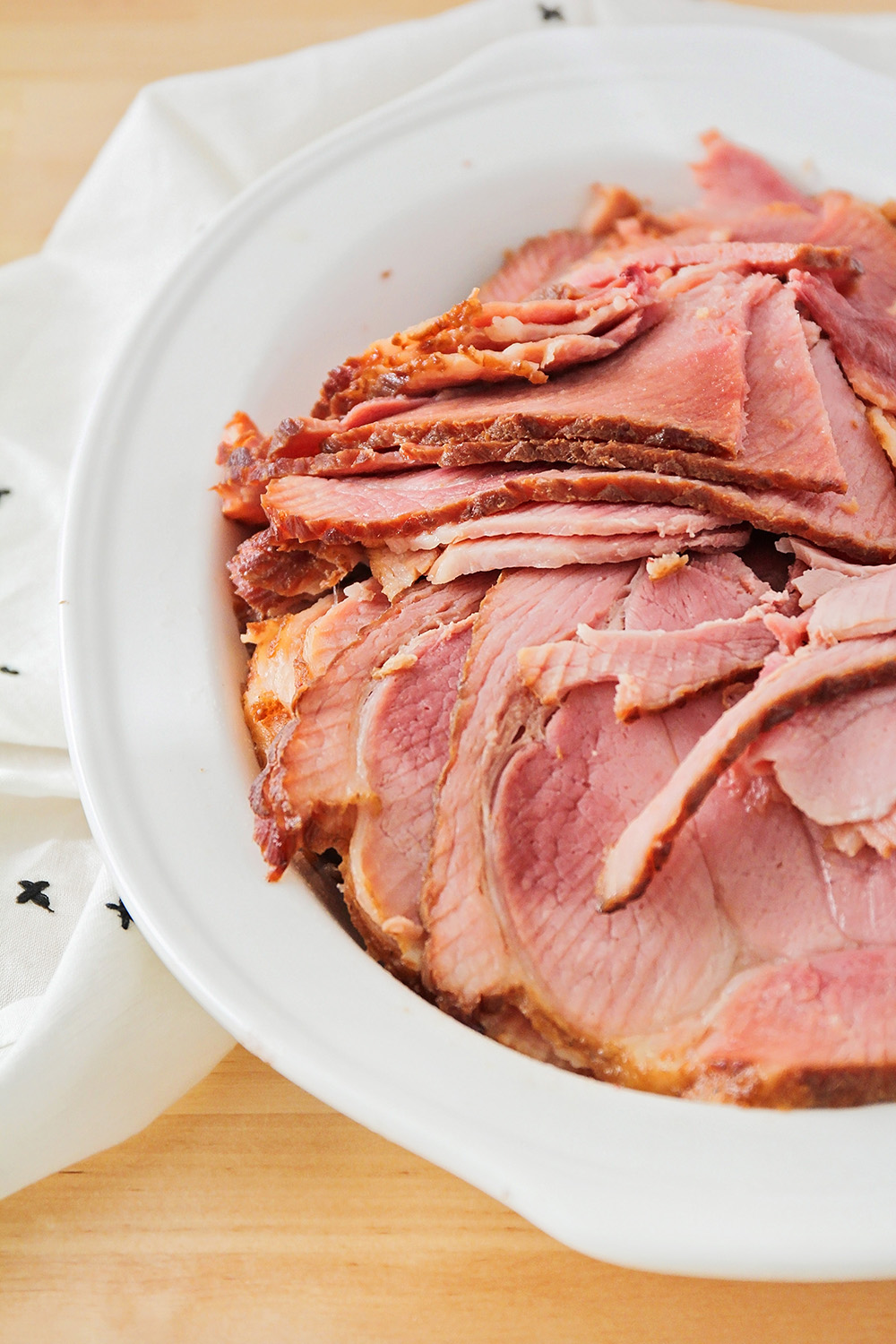