Doctor Who week continues today with a couple of super easy ideas to make your Doctor Who party extra special! Both of these ideas would work perfectly with store-bought cupcakes, and can be put together in just a few minutes! 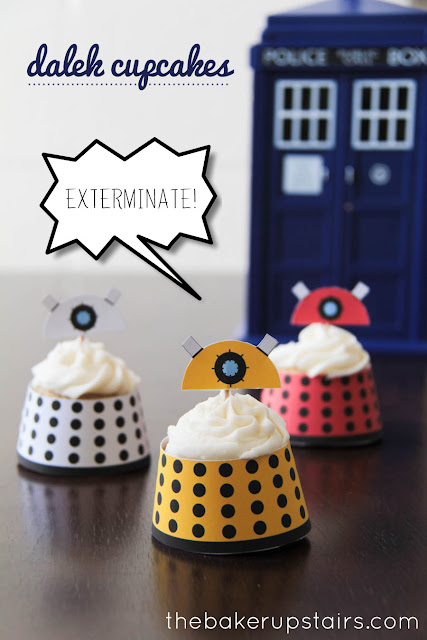 I would say of all the Doctor Who villains, the Daleks are the most iconic! They make at least one appearance in every season, and are The Doctor’s mortal enemies. For reference, here’s what they look like: 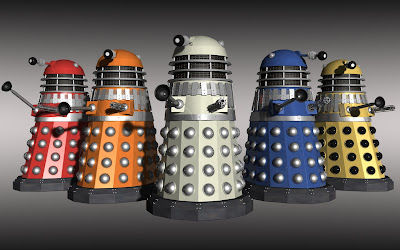 (source)
The cupcake version is, of course, much cuter and a lot more tasty! I took the wrappers off my cupcakes, and then just used tape to hold the Dalek wrappers on. For the heads, I taped them to a toothpick, and then shoved them into the cupcakes. If you want to print your own, you can find the free printable here! (And while you’re there, check out some of the other free printables… like awesome Cybermen popcorn boxes!)
My second super easy idea for Doctor Who cupcakes are these adorable Adipose cupcake toppers. It’s kind of debatable whether Adipose are actually villains… I kind of find them adorable and wish I had a few of my own! They will certainly make your cupcakes adorable! 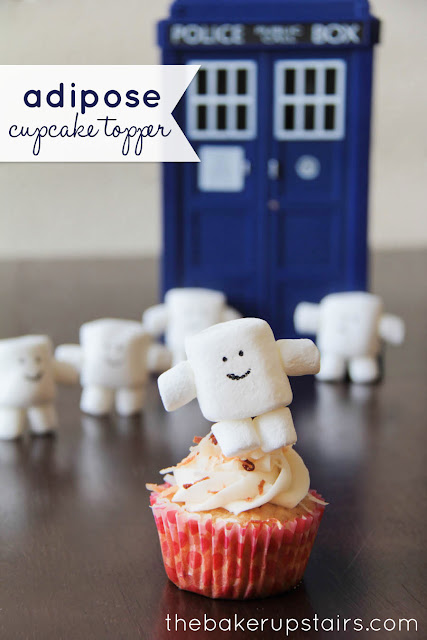 And here’s what the Adipose actually look like on the show: 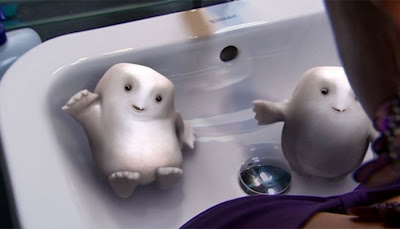 (source)
These are super easy to put together! I was inspired by a bunch of different sites (you can find an example here) but did things my own way (of course). Some of the sites suggested using toothpicks to hold the arms and legs to the body, but I just kept imagining my little girls eating them, so I used corn syrup as glue to hold the pieces together, and it worked great. Best of all, the whole thing is edible! I used AmeriColor Food Writers to draw on the faces, but a little food coloring on a toothpick would work great, too. To add them to the cupcakes, I just stuck them on a toothpick and put it into the cupcake. Super easy and super cute too!

Looking for a great homemade cupcake recipe so you can use these awesome ideas? 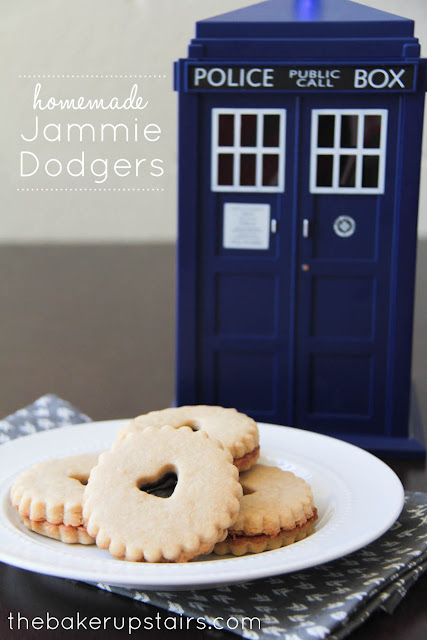