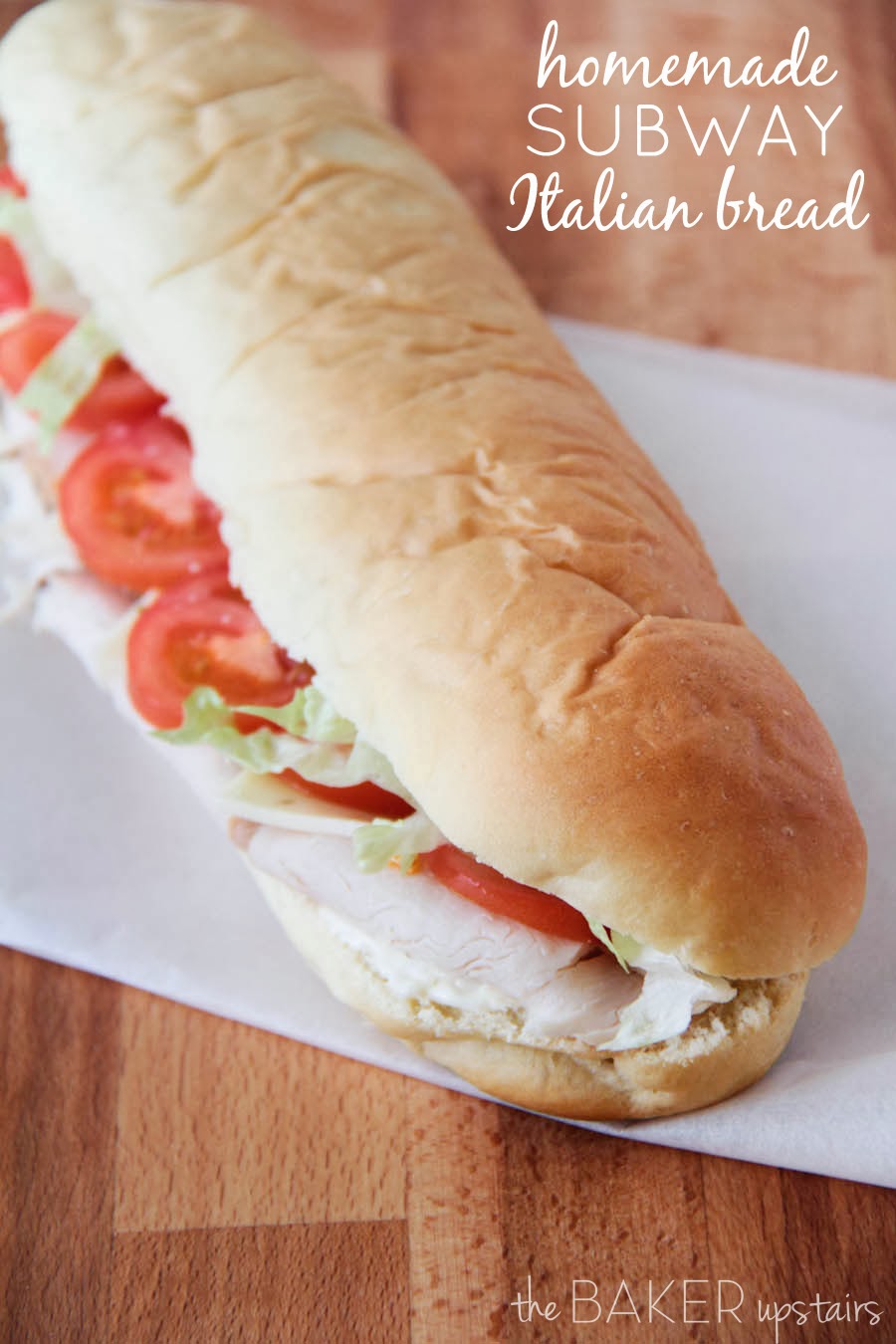 One of the first things I learned about my husband Geoff is that he is a diehard Subway fan. When we started dating, he lived just down the street from a Subway restaurant, and would pick up a sandwich for lunch or dinner several days per week. It was his idea of a romantic date to take me there with him. 🙂 I like Subway, don’t get me wrong, but I just don’t have the same level of devotion to it that Geoff does. The Subway that’s closest to our current house poses a lot of problems for me… it’s in a poorly designed complex with very limited parking, and the store itself is long and narrow and always crowded, which makes the kids (and me!) claustrophobic and whiny. When I found this recipe, I was thrilled to think that I could make the same delicious bread at home without all the claustrophobic waiting in line! 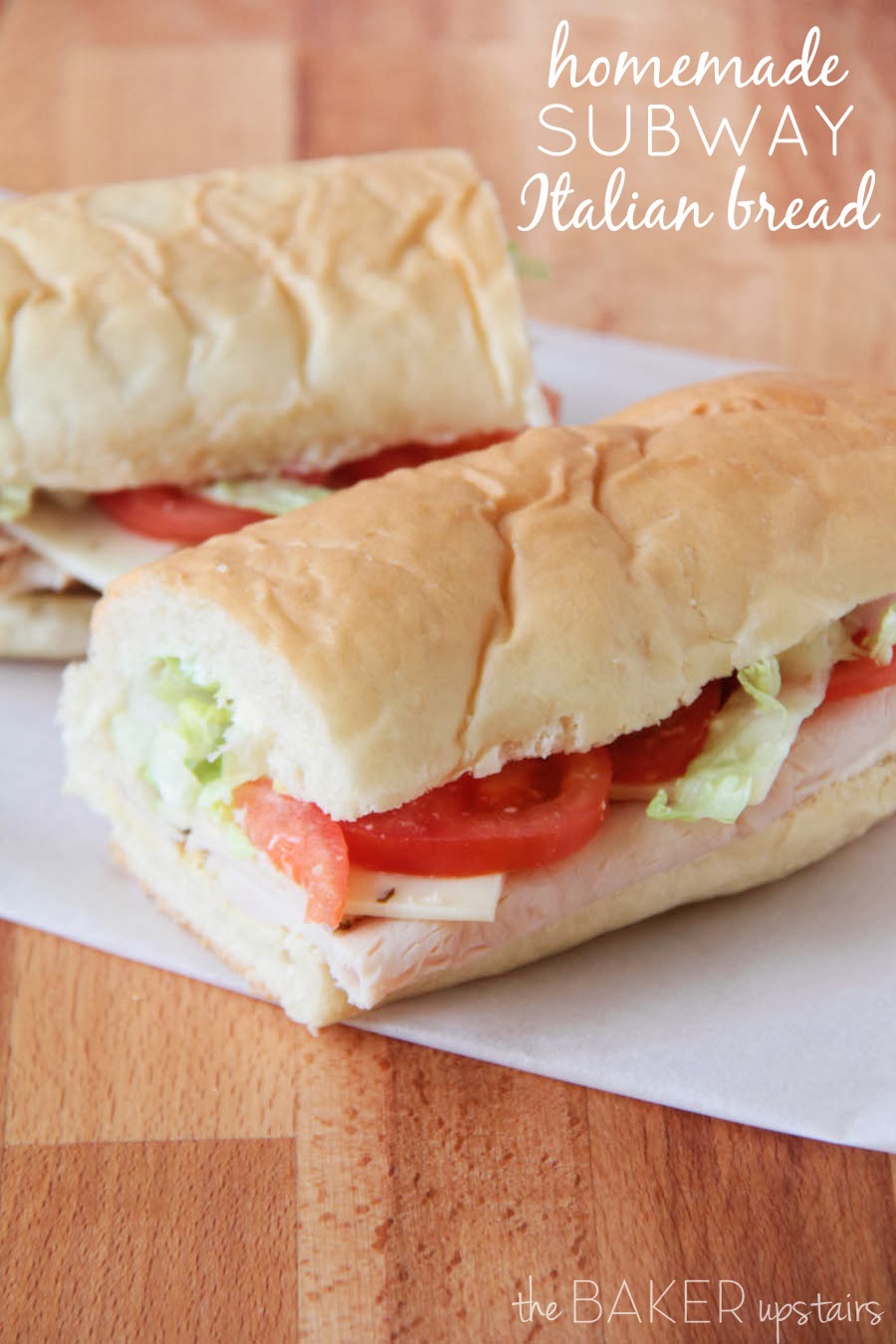 This bread totally lived up to all of my expectations! It’s soft and flavorful, and so light and delicious. We made sandwiches with turkey, pepper jack, lettuce, tomatoes, mayo, and honey mustard, and they were awesome! It’s hard for me to even describe how delicious this bread is… it’s definitely on the top five list of all the breads I’ve ever made. Geoff loved it so much that I think I’ve got him convinced that we can replicate his beloved Subway at home. I like that the recipe is quick enough to make on a regular basis (which I almost certainly will be doing!).

In a large bowl or the bowl of a stand mixer, dissolve the yeast and sugar in the warm water. Let sit five minutes until bubbly and foamy. Add the salt, olive oil, and 1 cup of flour, and mix until combined. Add another cup of flour and mix to combine. Add flour, 1/4 cup at a time, until a soft dough is formed. The dough should pull away from the sides of the bowl but stick slightly to the bottom of the bowl. Knead the dough (using a dough hook or your hands) until it is smooth and pliable. Shape the dough into a ball, cover, and let rise 30 minutes.

Divide the dough into four equal size pieces and roll each piece into a rectangle that is approximately 4 or 5 inches wide and 9 inches long. Roll up the rectangle, starting at the long edge, to form a long skinny loaf, and place, seam side down, on a baking sheet lined with parchment or a baking mat. Repeat with remaining dough, placing each loaf at least two inches apart. Cover and let rise one hour, or until doubled in size. Near the end of the rise time, preheat the oven to 350. Bake 25 minutes, or until  golden brown. After removing from the oven, rub the loaves with butter and cover with a towel to keep them moist. Let cool before slicing and filling. 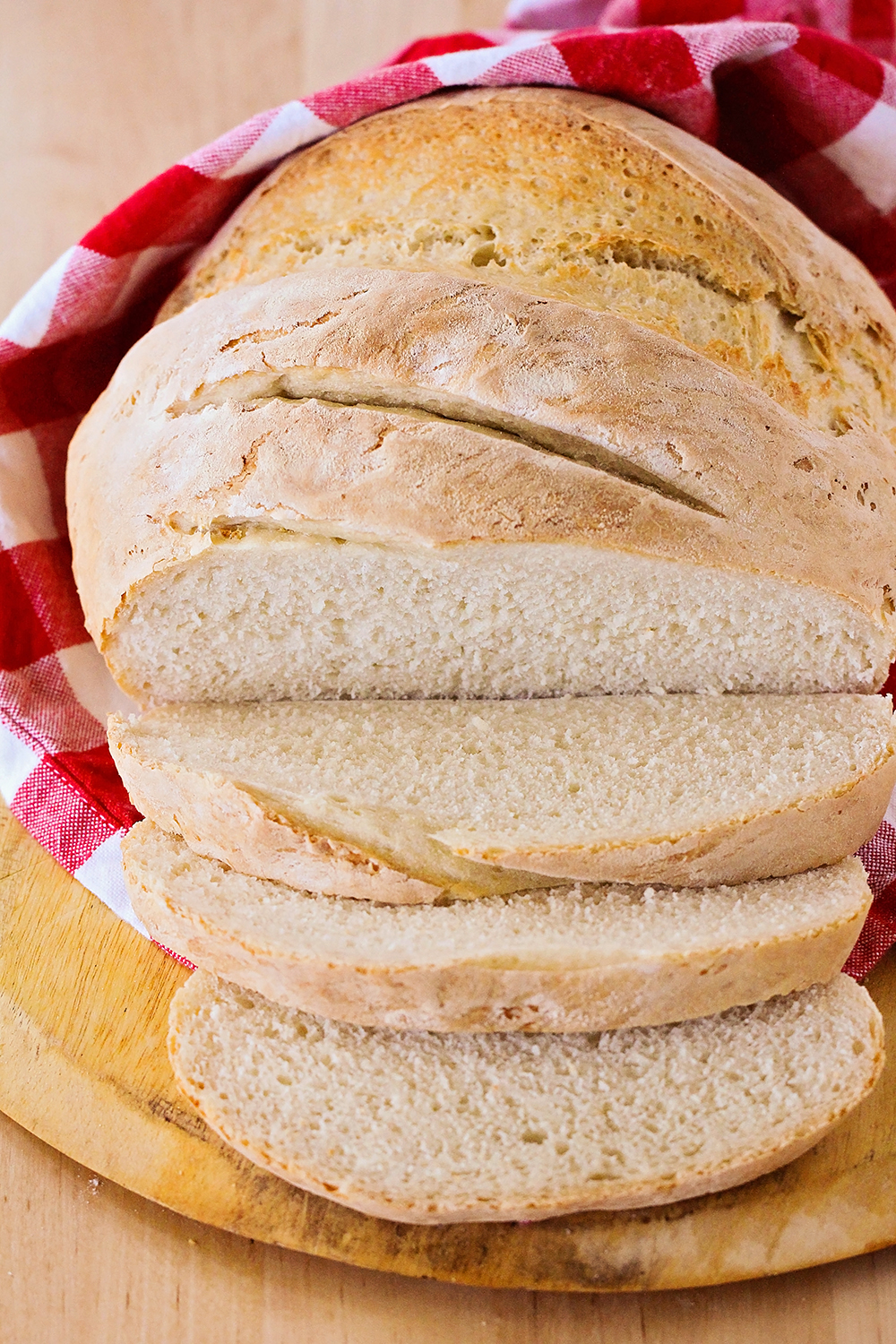