These cinnamon banana waffles have the perfect banana flavor. They’re easy to make, and totally delicious!

One of the most fun gifts that I got for Christmas this year was a mini waffle maker from my daughter Lizzy. It’s my favorite color (aqua) and makes the most adorable little waffles! Since we are all big fans of waffles at our house, we have been putting it to good use lately making our favorite waffle recipes. The only problem with it is that it just makes one little waffle at a time, so making enough waffles for the whole family takes 30 minutes or so. I solved the problem by buying two more identical waffle makers! (Yes, I know that’s crazy, but the extra waffle makers are a lifesaver when everyone is hungry in the morning and I can’t crank out the waffles fast enough.) My girls love eating store-bought frozen waffles for breakfast in the morning, so I had the brilliant idea of making a huge batch of homemade waffles for the freezer instead. These cinnamon banana waffles were our first attempt, and they were a total hit!

You don’t have to have a mini waffle maker to make these delicious waffles (although if you do want one, these are the ones that I have). However, there is just something extra adorable about mini food! The recipe makes a ton (around 4 dozen mini waffles) so if you don’t need quite so many, you could easily cut the recipe in half. The combination of cinnamon and banana in these waffles is totally delicious, and they’re even better with butter and syrup on top. My favorite part is that my girls can have a homemade breakfast every day with no additional effort on my part. They just pull their own waffles out of the freezer, pop them in the toaster, and they’re all set. That’s a mom win!

For some of our other favorite waffle recipes, be sure to check out these golden butter waffles, blueberry buttermilk waffles, cheddar and scallion waffles, and cinnamon waffles! 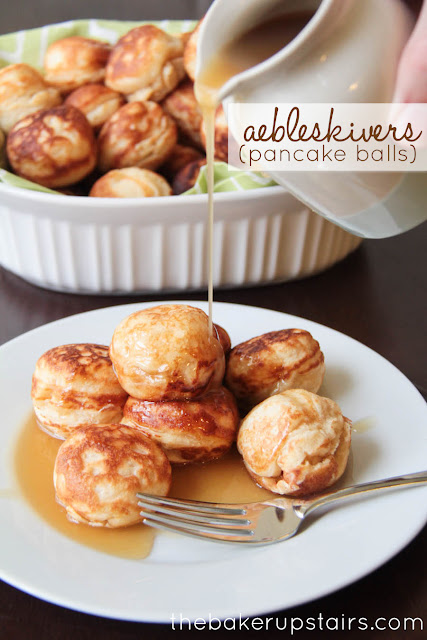