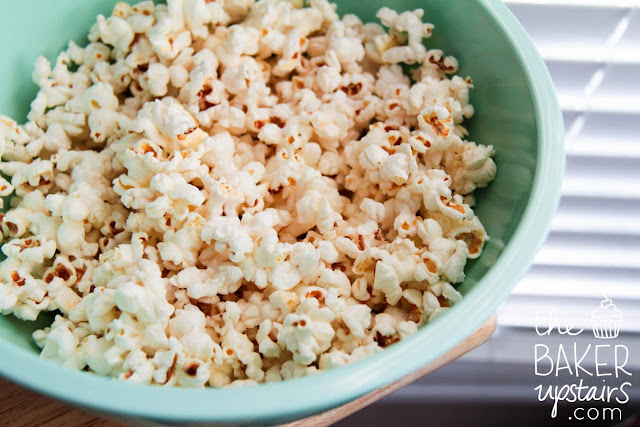 We all love a good bowl of popcorn around here, but I get really tired of the microwave kind. It’s fake and salty and makes me feel gross. So I’ve been looking for a good way to make popcorn without a popcorn maker, and I finally found one!It’s really more of a method than a recipe, but I’ve made it twice so far and both times it has been perfect. We usually top it with a little melted butter and salt, and then enjoy!

Heat the oil in a 3-quart saucepan on medium high heat. Put 3 or 4 popcorn kernels into the oil and cover the pan. When the kernels pop, add the rest of the 1/3 cup of popcorn kernels in an even layer. Cover, remove from heat and count 30 seconds. This method first heats the oil to the right temperature, then waiting 30 seconds brings all of the other kernels to a near-popping temperature so that when they are put back on the heat, they all pop at about the same time.

Return the pan to the heat. The popcorn should begin popping soon, and all at once. Once the popping starts in earnest, gently shake the pan by moving it back and forth over the burner. Try to keep the lid slightly ajar to let the steam from the popcorn release (the popcorn will be drier and crisper). Once the popping slows to several seconds between pops, remove the pan from the heat, remove the lid, and dump the popcorn immediately into a wide bowl. With this technique, nearly all of the kernels pop , and nothing burns. If you are adding butter, you can easily melt it by placing the butter in the now empty, but hot pan. Salt to taste.

p.s. Every time we say the word popcorn, Geoff and I think of this old SNL sketch: 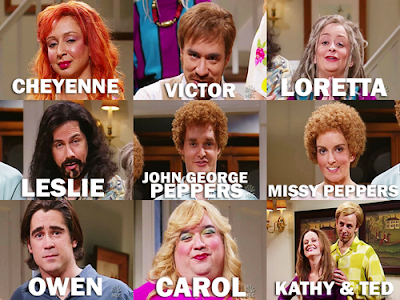 Seriously, Tina Fey is the funniest person ever.